Story Views: 76
The Minister of Humanitarian Affairs, Disaster Management and Social Development Sadiya Umar Farouq has decried the latest explosions which occurred in Lagos and Imo states in less than one week and has described the incidences as incessant, disastrous but avoidable.
The Minister sympathized with the government and people of Imo, Lagos and Ogun states following a deadly explosion which occurred at an illegal oil refining site on Friday night which killed scores of people at Abaezi forest in the Ohaji-Egbema Local Government Area of Imo State.
Earlier on Thursday, a tanker ladden with 45,000 litres of PMS crashed and spilled its content across Lagos and Ogun State along Lagos – Ibadan Expressway. The death of a male adult was however reported.
Umar Farouq advised that caution should be applied while plying the roads with inflammable substances while declaring the illegal bunkering of petrol in certain areas as a suicidal.
“The incessant occurrence of explosions in Lagos and Imo states are unfortunate but avoidable. The consequences of such dastard acts that led to the death of many people cannot not be over-emphasized.
“ Illegal bunkering of petroleum products is a punishable offense under the law, therefore, the culprits should be brought to book to face the full wrath of the law.
“I sincerely sympathize with the families of the victims and pray for the repose of the souls of the dead.
“I also appeal to the people especially the youths to desist from illegal bunkering of petroleum products in the area”.
Meanwhile, rescue operations have commenced removal of several bodies burnt beyond recognition at the scene of the explosion in Imo state. Six vehicles were also razed during the incident.
Share 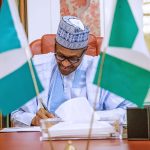